Home — Sports Betting News — Barcelona is out of the Champions League

Barcelona is out of the Champions League 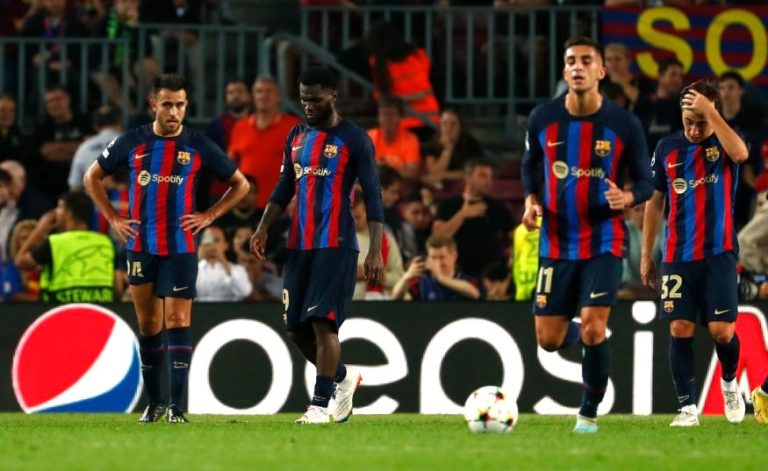 Barcelona could not make the Champions League playoffs.

Before the match of the fifth round, it was important for the Catalans that their direct rival Inter Milan could not defeat the Czech club Viktoria Plzen. But as a result, the Italians thrashed their opponent 4-0 and moved on. Edin Dzeko (’42, ’66) netted a double for the winners. Henrikh Mkhitaryan (’35) and Romelu Lukaku (’87) also scored once each.

Barca met Bayern Munich at home to claim their second place in the table. The meeting ended 3-0 in favor of the German club. At 10 minutes, the visitors took the lead through Sadio Mane. At 31 minutes, Eric Choupo-Moting extended his advantage. At 94 minutes, Benjamin Pavard opened the scoring.

Now the Spanish club will be fighting for a place in the Europa League.