Home — Sports Betting News — Bivol returns after a win over Canelo. There is a fight date and three opponents

Bivol returns after a win over Canelo. There is a fight date and three opponents 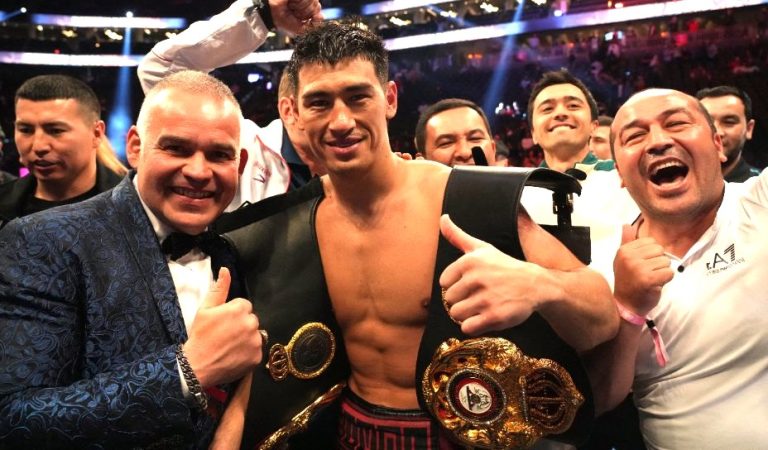 WBA Super featherweight champion Dmitry Bivol (20-0, 11 KOs) of Russia will have one more fight before the end of the year. It was announced by promoter Eddie Hearn (Matchroom Boxing).

In May he sensationally defeated the super middleweight champion Saul “Canelo” Alvarez (57-2-2, 39 KOs). The Russian’s return is expected in October.

“Already doing the planning. The fight will probably take place in October. Also, it’s understandable that Bivol is interested in a rematch with “Canelo”. They’re both interested in a rematch, but Alvarez has to close the issue with Gennady Golovkin in September first. Bivol’s options? They are, of course, (mandatory contender) Gilberto Ramirez, as well as Joshua Buatsi and Callum Smith. They’re all great fighters. We’re busy planning, for now, wait for the official announcement,”  said Hearn.

The trio of contenders listed above is on DAZN, which will help with the fight. The British Buatsi and Smith are under contract with Hearn, but it’s possible that the WBA will soon officially sanction Bivol’s fight against the Mexican Ramirez, whose interests are represented by Golden Boy.