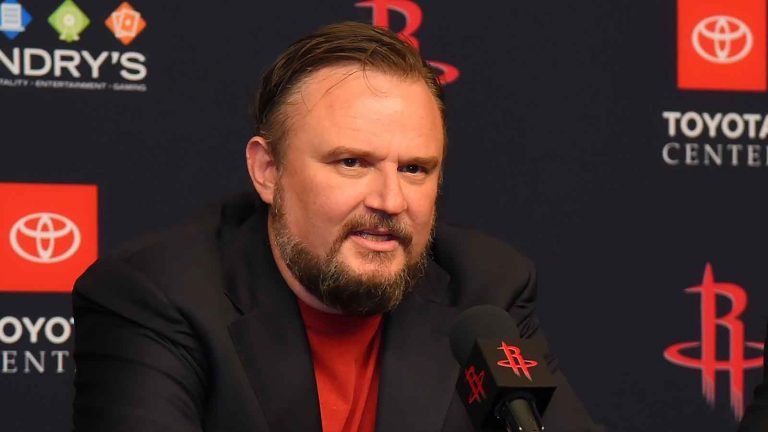 Daryl Morey, according to the media sources, is proud to accept the position of the 76ers president and emphasized that he could not miss such an opportunity.

The Philadelphia Sixers signed an agreement with Daryl Morey, who has performed as the managing director of the Houston Rockets for the last thirteen years. The opportunity of contracting with the 76ers for five years made him feel privileged, he said. Meanwhile, this is not the only change for Philadelphia this year; their failure in the match against the Celtics has become the final straw and the principal reason for firing Brett Brown from the coach position and starting over with Rivers, who worked as the Clippers coach before.

In his speech, Daryl Morey expressed his gratitude towards the team and their trust in his force to be the leader of the 76ers; he made a vow to put his shoulder to the wheel to work hard to deserve the love of the Sixers fan community and justify the team’s confidence in his power to be the president.

The first important announcement he made as the president is that he believes in the team’s success with the following membership and does not see the point in changing Joel Embiid or Ben Simmons whose presence in the team together had been an open question before. According to Morey, he can vouch for both of them and supposes there is no issue in them acting on the field together.

Josh Harris, the principal owner of the 76ers, explained their choice by the outstanding talent of Morey and his innovative thinking, that the team lacked in Harris’s opinion.

The managing partner of the Philadelphia 76ers, Josh Harris, explained their choice by the outstanding talent of Morey and his innovative thinking, that the team lacked in Harris’s opinion.