Impregnable Vegas: the only city where Golovkin never won 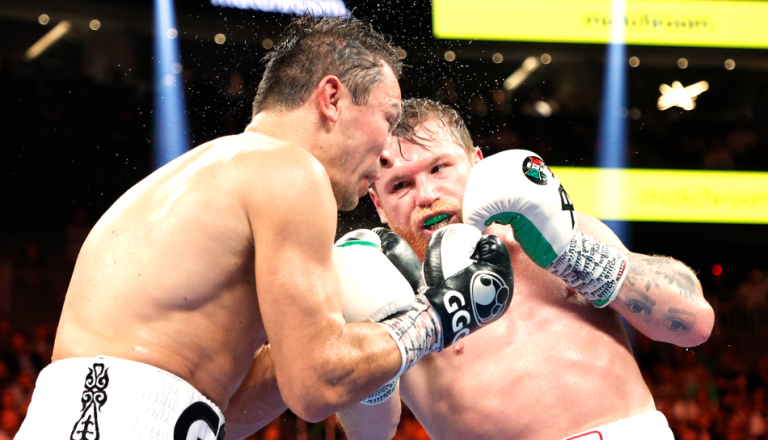 Gennady Golovkin (42-2-1, 37 KOs) has been in professional boxing for more than 16 years. During this time he fought in Germany, Denmark, Panama, Kazakhstan, Ukraine, Monaco, England, Japan, and the United States, toured dozens of cities and arenas. But GGG won’t have the fondest memories of one particular location.

In 45 professional fights, the Kazakhstani boxer failed to win only three times, at least officially, and that was in three fights against Mexican Saul “Canelo” Alvarez (58-2-2, 39 KO).

All the fights against the red-haired Mexican took place in Las Vegas, Nevada, USA, at the T-Mobile Arena. First, there was a scandalous draw, then two losses.

Curiously, before the fight with “Canelo” Golovkin had been actively fighting in the United States for five years and his record on the American territory was quite good – 10-0-0 (9 KOs). But in the gambling capital Gennady had no luck at once.

But his opponent felt very comfortable in Las Vegas. There he had the biggest number of fights in which he had 13 victories, fought to a draw with Golovkin, and lost to Floyd Mayweather Jr. and Dmitry Bivol. That’s all including fights at both T-Mobile and MGM Grand Garden and Mandalay Bay Events Center.

After the trilogy ended, Golovkin stated that the confrontation and feud with “Canelo” is over. And that may well be the end of Golovkin’s history of appearances at what has become an unfortunate T-Mobile arena.