Home — Sports Betting News — Messi Steps on the Warpath vs. Barcelona: Football Star is Set to Leave the FC as a Free Agent

Messi Steps on the Warpath vs. Barcelona: Football Star is Set to Leave the FC as a Free Agent 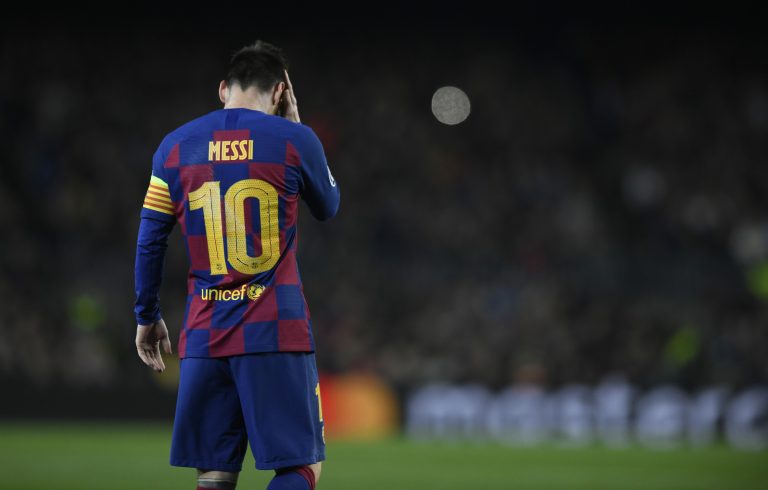 According to reports, Lionel Messi is seriously considering the Barcelona departure after almost two decades in the club. Football experts claim that the superstar will become a free agent after skipping the COVID test with the team over the weekend.

End of an era for Lionel Messi

Fans can’t figure out what’s happening in the football universe as almost every day, we hear the news that iconic players are leaving their FCs. The bombshell news literally set the Internet on fire: Barcelona’s icon – Lionel Messi – is reportedly leaving the club after 20 years. Fans argue about the possible reason for such an unexpected twist, while experts make their forecasts about what clubs can potentially open their doors to the free-agent Messi.

It all started over the weekend when Lionel skipped the scheduled medical testing with his team, meaning that the star won’t take part in the pre-season training. Experts bet that Barca is preparing for the new season without Lionel. Moreover, they claim that the FC bosses are not satisfied by Messi’s behavior outside the club borders, i.e., his tax evasion troubles.

Terry Gibson, a long-term football expert, commented on the current situation. He said:

“Messi’s absence during the medical testing makes it clear that he doesn’t consider his future path in Barcelona. For me, it’s a signal that he can step on the warpath with Barca, which is more likely to happen next.”

When asked about Messi’s perspectives for future agreements, Gibson added that, in his opinion, Manchester has all the chances to sign up for the Argentine footballer: “I guess Manchester will win in the race for Messi. They are the favorites.”

Messi joined Barcelona in 2001. The 33-year star has a signed deal with the FC till next June. Considering Lionel’s high status in the club, the agreement allows him to leave the team at no fee at the end of any season. So does it mean that the star is indeed on a departure now without paying any penalty to Barca?

It appears NOT, as according to multiple sources, the clause expired in May 2020. However, in the recent statement by LaLiga, the reps confirmed that the cause is still valid, meaning that Messi has a right to leave the club under one condition.

The release deal states that Messi can sign a contract with any other club that agrees to pay €700M for the Barca’s star. According to experts, Manchester City shows the immense interest in the Argentine player. However, some doubt that Manchester executives can afford themselves to pay such a vast sum for Lionel’s transfer. Another potential candidate to sign up Messi may be PSG.

Messi played his final game on Barcelona’s side during the latest Champions League, when Barca was smashed by this-year champ Bayern Munich 8:2. Fans still can’t believe that it was the last time when Lionel stepped on the field as a part of the Spanish FC.

Messi didn’t comment on his further plans, though experts claim that his departure seems to be a done deal. Meanwhile, fans keep wondering about what the future holds for the football superstar.