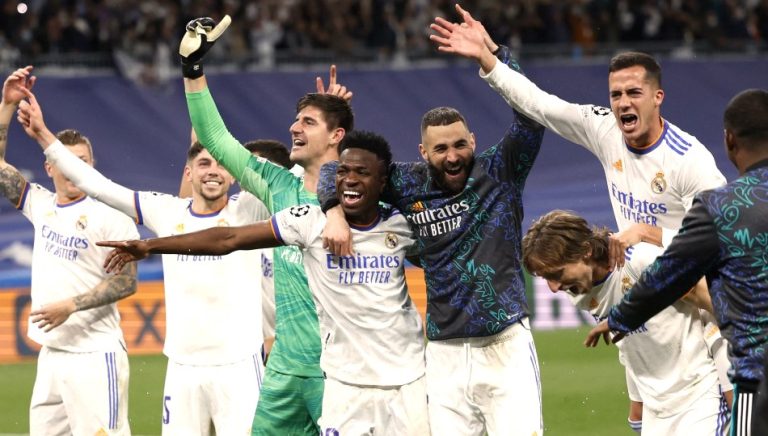 Match report as Real Madrid stage one of the most spectacular comebacks in Champions League history to defeat Manchester City and reach the final; Rodrygo struck twice in the last two minutes to force extra time; Karim Benzema scored the game-winning goal to set up a May 28 final versus Liverpool in Paris.

The 13-time champions trailed 5-3 on aggregate coming into the 90th minute at the Bernabeu after City took the lead via Riyad Mahrez (73).

However, two goals in two minutes from substitute Rodrygo in the 91st minute put Real up 2-1 (5-5 on aggregate) and sent the contest to extra time.

Real Madrid’s incredible comeback was completed in the fifth minute of extra time when Benzema converted a penalty after a foul on Ruben Dias.

City came close to forcing a penalty shootout, but Fernandinho squandered an opportunity at the back post late in the first half of extra time, as the Premier League leaders lost out on a back-to-back Champions League final appearance.