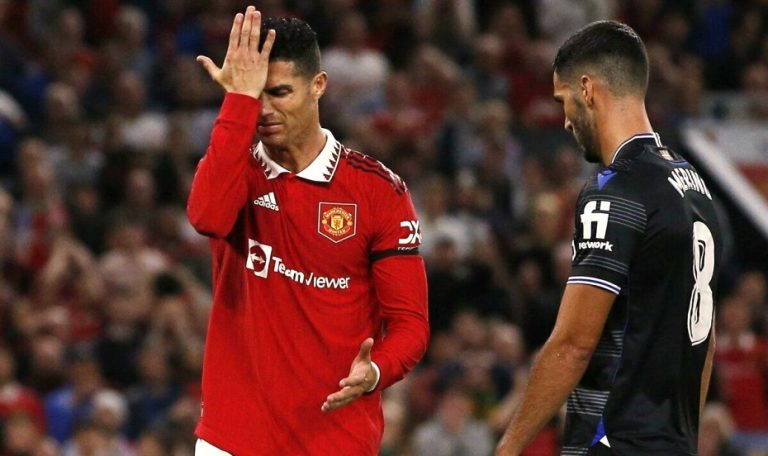 English club Manchester United unexpectedly lost to Spanish Real Sociedad in the first round of the Europa League group stage. A penalty goal sealed the outcome.

The winning goal was scored in the 59th minute of the game from a penalty kick by Brais Mendes, and Portuguese Cristiano Ronaldo played the entire match for the English. The forward took to the pitch for the first time in Europa League games, having previously played in the second-ranked European tournament only when it was called the UEFA Cup.

“Manchester United lost, snapping a streak of four straight victories. In the other match of the group, Moldova’s Sheriff beat Omonia from Cyprus 3-0 on the road. Danil Ankudinov from Kazakhstan played for the winners, but he did not participate in the game.