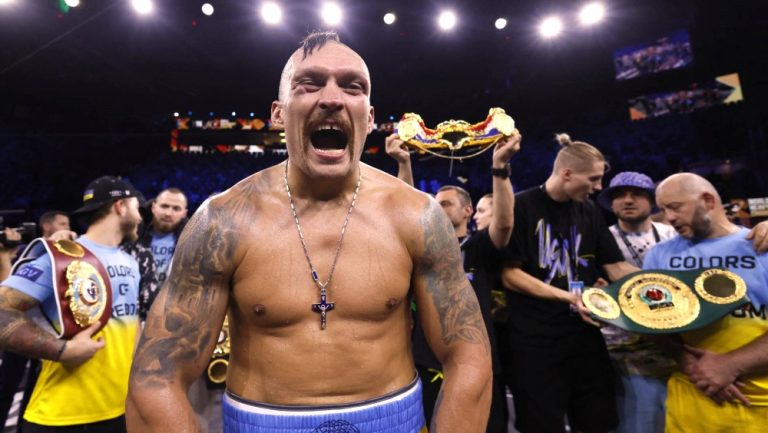 Earlier it became known the terms of the confrontation for the “absolute” between them, and the Briton gave preliminary consent. Fury is the WBC world champion, and Usyk holds the other three belts.

“Tyson Fury vs Oleksandr Usyk is “highly unlikely” for December and is instead being eyed for Feb 11th/18th, Bob Arum has stated. He added that the Middle East is the most likely location, though not necessarily Saudi Arabia with Qatar and UAE also options.” the reporter wrote.

We remind, that Usyk defeated another Briton Anthony Joshua (24-3, 22 KOs) on the night of August 20-21 by a split decision. Thanks to this victory Usyk defended his title of unified world champion at WBA Super, WBO, IBF, and IBO heavyweight titles, and also won the vacant world title according to The Ring.

As for Fury, he had his last fight on April 23 in London, when he knocked out compatriot Dillian White (28-3, 19 KOs) in the sixth round.