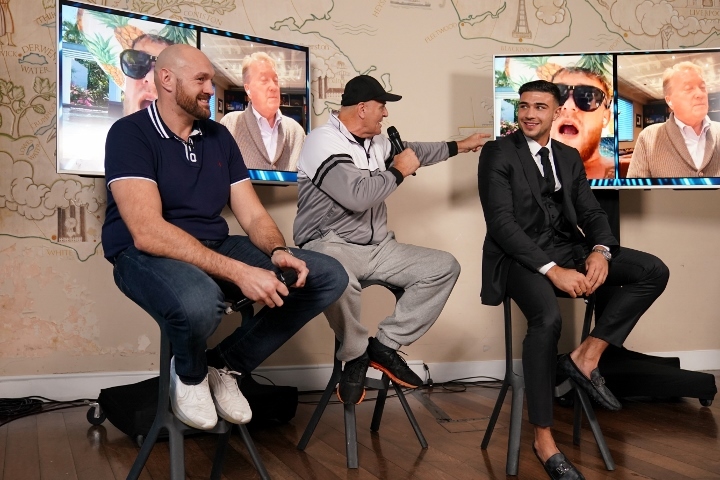 The $1 million wager between Tyson Fury and Jake Paul appears to have been accepted.

Fury replied to Paul’s taunts against him on social media on Sunday, stating that the YouTuber-turned-boxer will require new teeth when Tyson’s brother Tommy finishes with him.

Tommy Fury is scheduled to face Paul in Madison Square Garden on August 6th. Fury and Paul were expected to face off in December of 2016, however, Fury was forced to withdraw due to a bacterial chest infection and a broken rib. Paul instead battled Tyron Woodley a second time, knocking out the former UFC welterweight champion in the sixth round.

Initially considered a joke by the boxing community, Paul has become one of the sport’s top draws throughout the course of his five-fight career. In addition to his two victories against Woodley, he has defeated YouTuber AnEsonGib, former NBA player Nate Robinson, and former UFC fighter Ben Askren.

The second Woodley fight was a financial failure, due in large part to the early promotion of the event as Paul vs. Fury.

This will be Paul’s first bout against a professional boxer. In April, Fury defeated Daniel Bocianski to extend his unblemished record to 8-0.

While his younger brother is not viewed as the future boxing superstar in the family, Tyson Fury is supposedly willing to risk $1 million to support him.