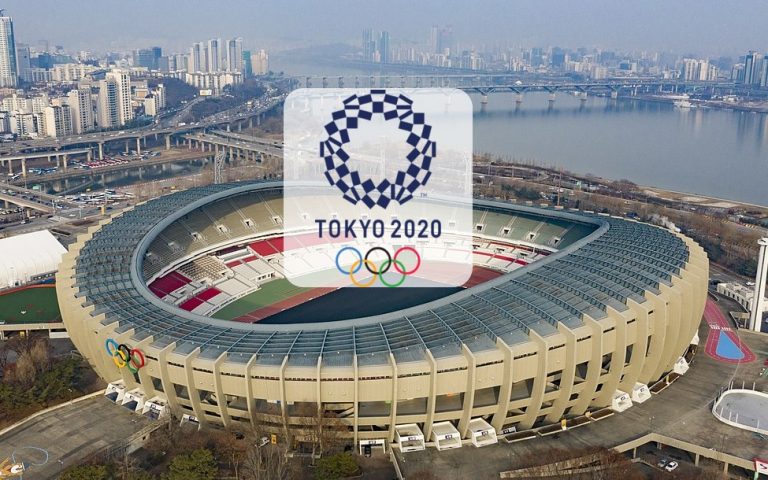 Initially, the XXXII Summer Olympics were supposed to take place in 2020, but due to the pandemic, it was decided to postpone them until 2021.

Under the new agreement, the games will be held in the Japanese capital Tokyo from July 23 to August 8, 2021.

The Olympic Games are the world’s largest sports competition, in which about 11 thousand athletes from more than 200 countries are expected to take part in 2021. Athletes will compete in various sports, in 2021 there will be 33 of them, and a total of 339 sets of awards will be played. Interestingly, despite the fact that the Olympic Games will be held in 2021, it was still decided to keep the name “Olympics-2020”.

The International Olympic Committee has decided to include karate, surfing, baseball, rock climbing and skateboarding in the list of Olympic sports at the 2020 Olympics. These types will simply complement the Olympic program.

In addition to new sports, athletes will also compete in the following sports:

Betting can be done on a variety of sports and most bookmakers offer a wide range of sports to bet on during the Olympic Games.

According to leading analysts at such bookmaker companies as bet365, William Hill and Paddy Power, the following sports will be especially popular at the Olympics:

You also need to understand that different sports are popular in each country. For example, the ones listed above are more popular in the UK. 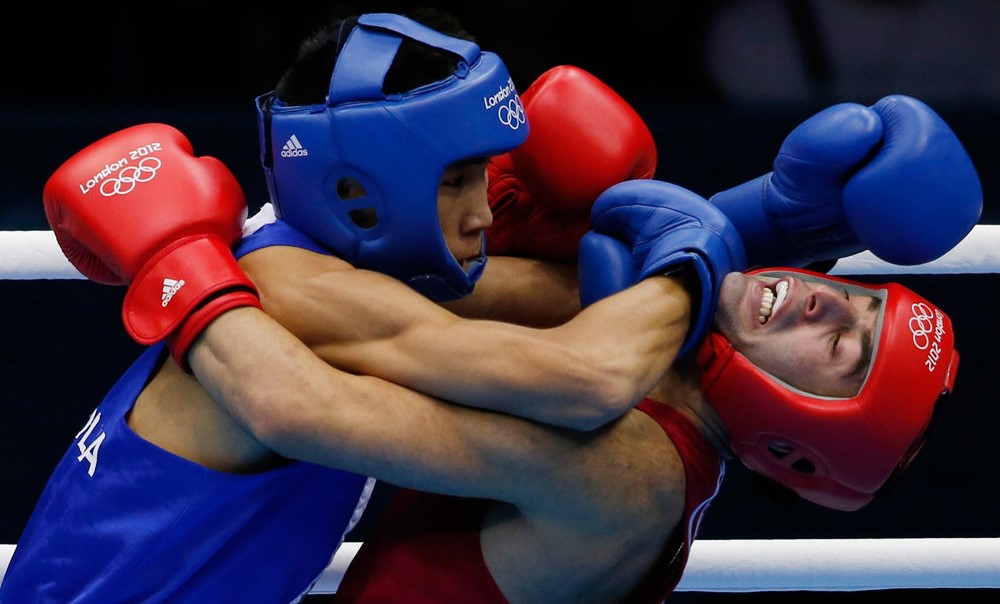 Also some specialists predict that in 2021 the popularity will also go to new sports which were included in the list of olympic sports such as baseball/softball, sport climbing, surfing, karate, and skateboarding.

The most important question is what to bet on in the Olympics. If we consider individual sports, then most often bookmakers offer to guess the athlete who will become the Olympic champion or medalist, as well as the national or personal record, the number of points scored by an individual player. In addition, you can also place bets on team sports, as well as predictions for the overall medal standings, since at each Olympiad the winner is always determined – this is the country whose athletes have scored the most medals.

In the United States, there is a company called Gracenote, which regularly publishes forecasts for the results of the Olympic Games. This year, she also published an expert opinion, which outlines the chances of different teams to win the Tokyo Olympics. According to this analytical prediction, the US team should win the Summer Games.

In some bookmakers, the odds for the US athletes to win the most medals are 1.10.

In addition, many also see athletes from China in the first place. The coefficient that the Chinese team will receive the most medals is 7.00. The UK is in third place with an odds of 14.00.

Other betting options are as follows: 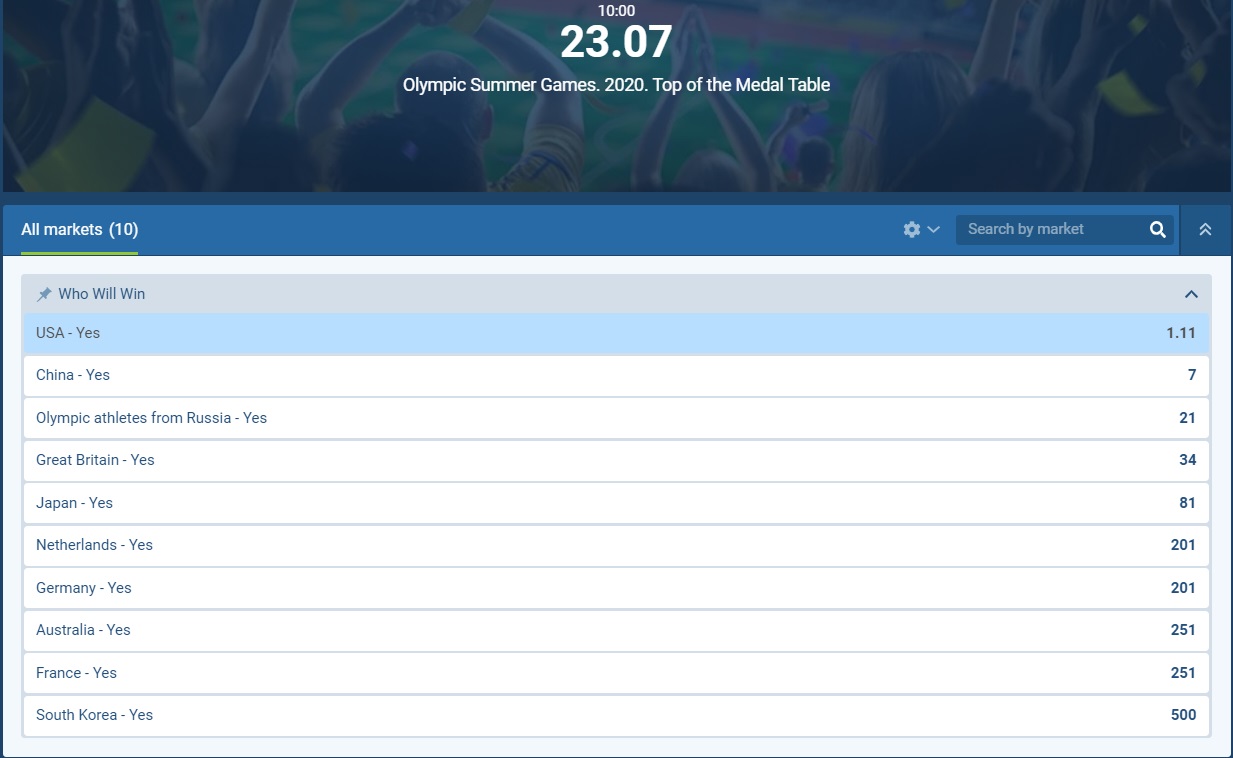 Example line for the Olympic Games

It should be remembered that Live bets are different from the prematch. Live betting can bring you income faster, but you can also lose a lot of money with them. Therefore, in order to bet online, the player must have a lot of knowledge and have similar experience. As for live betting on the Olympics, I must say that preparing for a bet at the Olympics is, first of all, a thorough study of each participating team, as well as studying the statistics of past games and the successes of the team of a particular country. If you want to вo live betting on the number of medals for each Olympic team, then you need to study each team in each country and analyze its performance over several years to guess what results you can expect from it.

With regard to sports such as field hockey or curling, here you need to study the international rules, since the rules of each country may differ from them.

A proposition bet which is often called as prop bet is very popular and now one of the fastest-growing parts of the sports betting industry in the United States.

Some prop bets sometimes are similar to futures bets. The difference between them is that a prop bet is a wager on an individual sportsman or specific game. However, more often than not, bets in the bookmaker’s office are made on individual players, and not on the entire team. 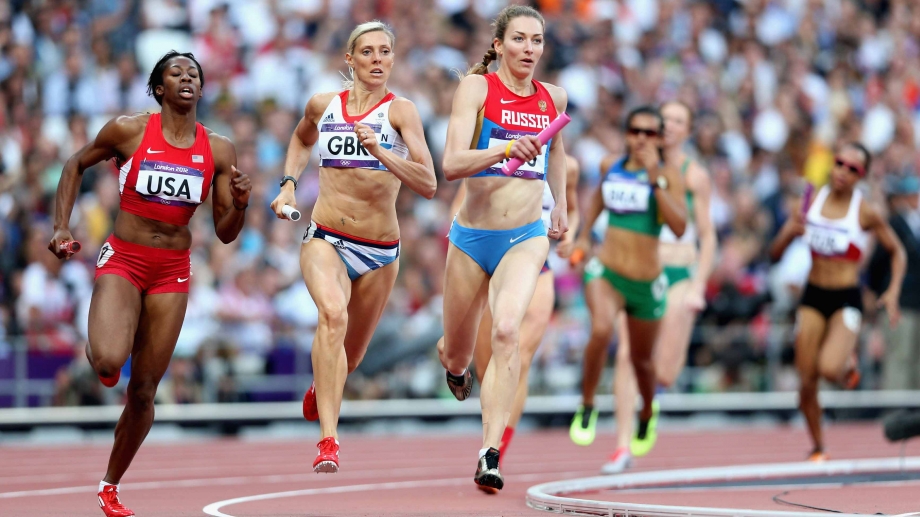 For example, bets on specific athletes are available in running competitions.

As for the Olympic games, the variation for prop bets is huge. Betting limits have a wide range. For example, such sports as hockey or basketball are very similar to those in professional leagues or university games. For other kinds of sports, especially those which are not very popular outside the Olympic Games, the restrictions may be a bit lower.

Every major event always arouses the desire of bettors to make ridiculous bets. Players will find the usual props bets such as team props, custom props, and of course, opening ceremony bets. Among the comic types of bets, for example, bets on the fact that the Olympic torch will go out before the athlete finishes running in order to ignite the flame.

There are also such rates:

Uncommon markets can be found in a dedicated line of bookmakers.