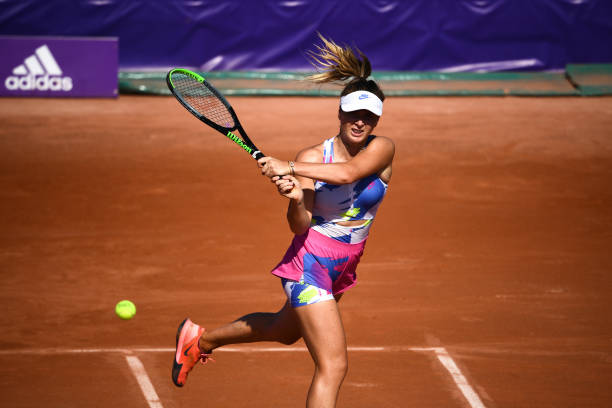 A player from Belarus, Arina Sobolenko, gained the unique achievement in the Premier/WTA tournament: she became the double winner of both singles and doubles. It is her first double victory, even though she also reached the finals in Lugano-2018 and Wuhan-2019.

Her infallible success in Ostrava made Sobolenko World No. 11. This ranking takes her close to Serena Williams, World No. 10 and the gap between their scores is rather small: only 35 points set Sobolenko apart from Williams now. If Arina continues her performance in the same confident way at the Tournament in Linz, she has all chances to beat Serena in the rating and plunge into the top-10 chart of tennis players in the world.

Arina says that all her wins are dedicated to her father, who passed away a year ago. She confessed that he always wanted to see her Number 1 in the World Tennis so she is going to struggle for this title to respect the memory of him.

Sobolenko’s game style is often compared to Serena Williams’; however, according to the Belorussian player’s opinion, she still lacks some certain qualities of the 10th world player and is going to train hard to show the ultimate performance in the future.