Home — Sports Betting News — Charles Oliveira about the fight against Justin Gaethje: The fight will start standing. I won’t desperately try to take him to the ground’

Charles Oliveira about the fight against Justin Gaethje: The fight will start standing. I won’t desperately try to take him to the ground’ 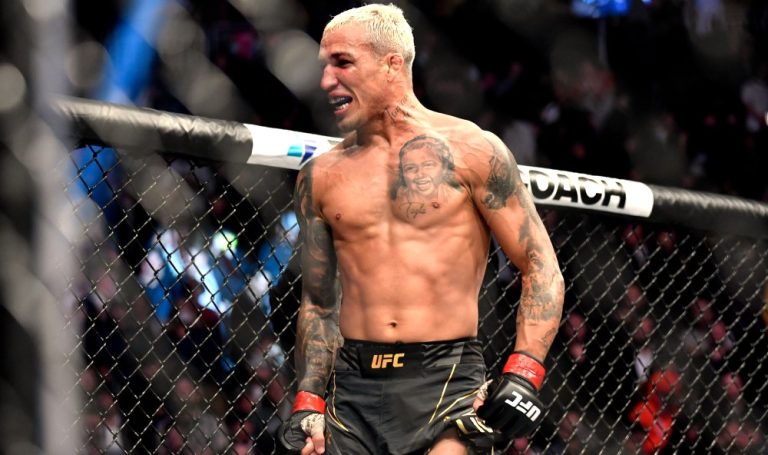 ‘I’m going there as the MMA fighter and am not going to be desperate to take him on the ground. Forget about it. In all the times I’ve fought, I have never despaired of taking someone to the ground’.

At his exclusive interview with the Super Lutas channel, Oliviera claimed he will fight as the MMA fighter, with the whole set of MMA techniques, but without using any jiu jitsu methods. The Brazilian is confident about his upcoming bout, while admitting the opponent is strong enough.

Oliviera is now -165 favorite at US sports betting sites. The fight will take place on May 8.