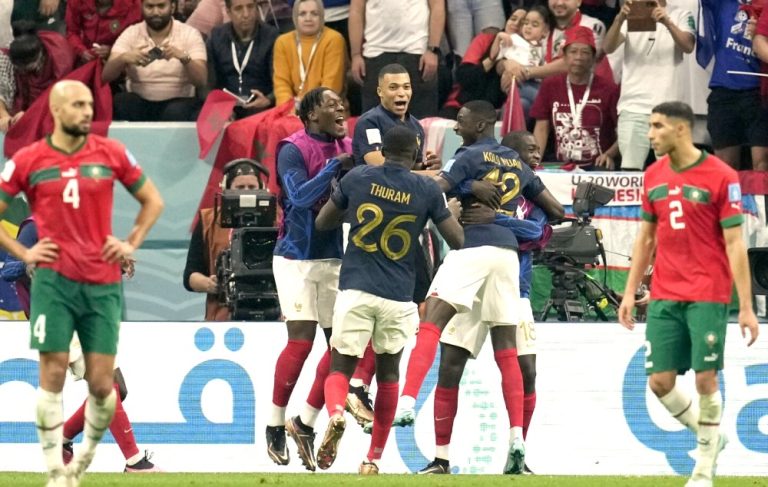 The French team became the second finalist in the World Cup in Qatar.

In the 1/2 finals, the reigning world champions met with the team of Morocco, which has created a sensation in Qatar, the first among the African teams to reach this stage.

In the fifth minute of the match, the French did what the Croats, Belgians, Spaniards, and Portuguese failed to do at this World Cup, namely to take the lead thanks to a goal by Theo Hernandez. By the way, this is the fastest goal in the semifinals of World Cups since 1958.

The final score was set in favor of France in the 79th minute by Randal Colo Mouani – 2-0.

In the final, which will be held on December 18, France will play against Argentina, while Croatia and Morocco will meet in the match for third place on the 17th.