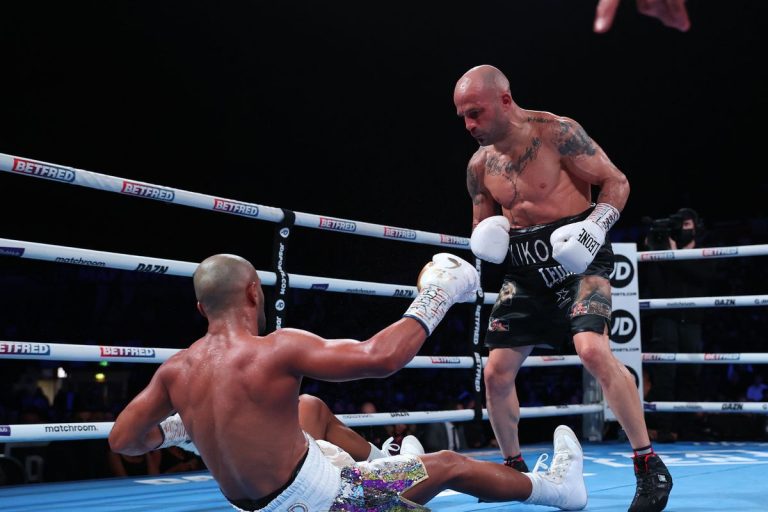 The fight between 31-year old Galahad and 35-year old Martinez at the Utilita Arena in Sheffield, ended up with a defeat of Galahad who failed to defend his world featherweight title.

Althoughh Galahad was determined as the matchup’s ultimate favorite, performed confindently in the first four rounds and was obviously dominating over Martinez, he failed to recover from a right-hand knockdown in the fifth, which resulted in a knockout in the very beginning of the sixth round. The combat was over only within six seconds of the round, and Kiko Martinez gained the IBF World Featherweight title.

Martinez commented on his victory with a claim it was not a surprise for him as he had been preparing for this hard for three years. ‘For the last three years I’ve lived like a monk; no holidays, no time off and no time with my family’, Martinez said.