Home — Sports Betting News — MU wants to buy PSV winger Gakpo in 2023 – a personal contract has already been agreed. If Ronaldo leaves, a transfer will be even more likely

MU wants to buy PSV winger Gakpo in 2023 – a personal contract has already been agreed. If Ronaldo leaves, a transfer will be even more likely 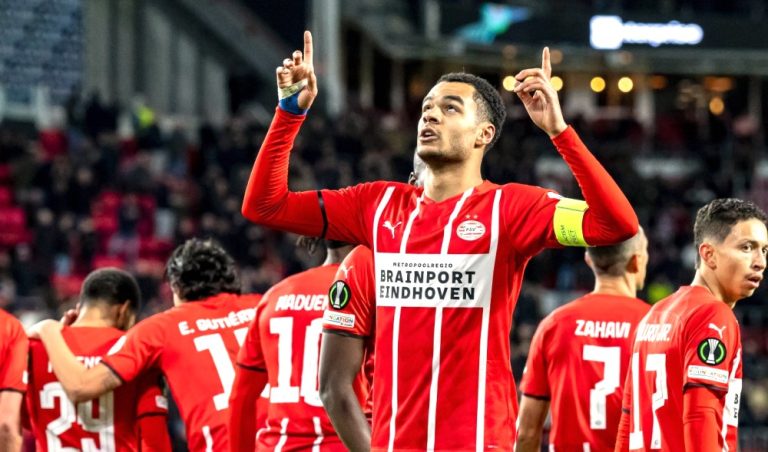 According to Forbes, the 23-year-old footballer is still on Manchester United’s list of transfer targets. They want to sign him in 2023.

Last summer, MU negotiated a transfer for Gakpo, but the deal did not occur. It is noted that the English club agreed with the Dutch player on the terms of a personal contract, but never made PSV a formal transfer offer.

On the closing day of the transfer window, Gakpo received offers from Leeds and Southampton but decided to stay at PSV, thinking that MU would try to sign him again in the near future.

PSV general manager Marcel Brands earlier said that Gakpo is ready to be released in case of an offer that suits both the player and the club.

This season, the left winger has scored 10 goals and given nine assists in 13 games for PSV in all competitions.