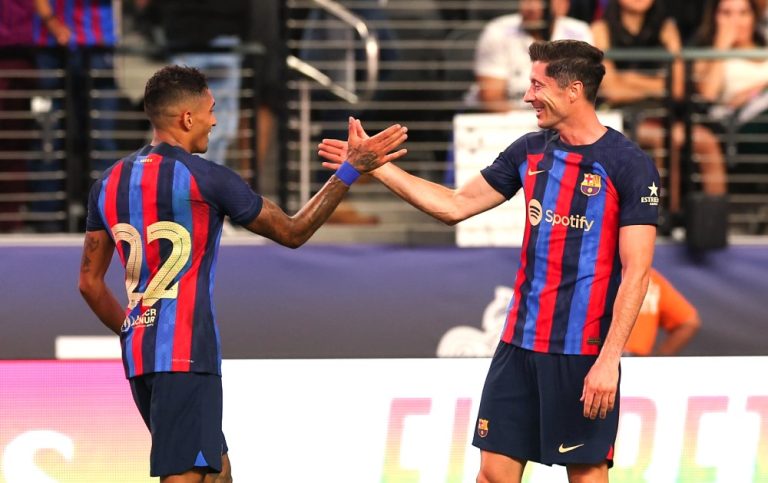 Robert Lewandowski and Raphinha are yet to be registered

Barcelona is still to register new players before the La Liga opener this weekend. The club has been suffering from financial issues lately, and needed to comply with La Liga regulations. As a result, Barca had to spend significant amounts to register new players, including striker Robert Lewandowski and forward Raphinha.

Besides, the club also registered defenders Jules Kounde and Andreas Christensen and midfielder Franck Kessie. Currently, Barcelona is working on the ‘financial lever’, and Gerard Pique accepted a pay cut.

Finally, the club is determined to move several players, including Samuel Umtiti and Martin Braithwaite, saying ‘the time has come when they have to take a step forward’.