Another sensation. Japan beat Germany at the 2022 World Cup 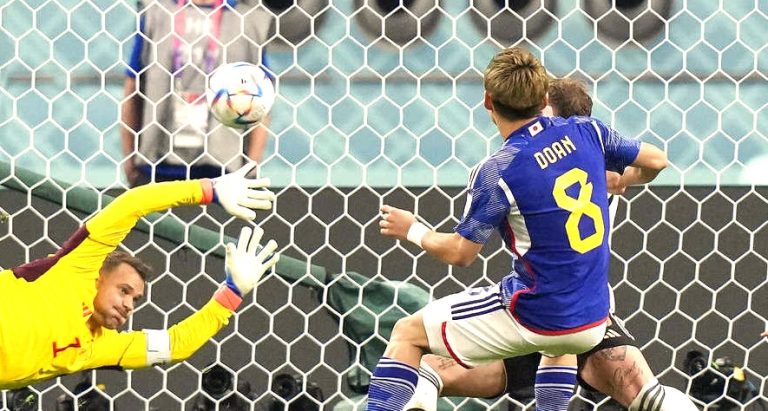 Team Japan scored a sensational victory in the opening match of the 2022 World Cup in Qatar.

The teams met today, November 23, in Group E. The match ended with the score of 2-1.

Germany took the lead in the game in the 33rd minute when Ilkay Gundogan scored a penalty. Also at the end of the first half, after a VAR review, the team was not credited for a goal kick by Kai Havertz.

The Japanese tried hard to escape defeat and in the 75th minute they finally managed to level the score – Ritsu Doan scored. In the 83rd minute, Takuma Asano got his team the win.