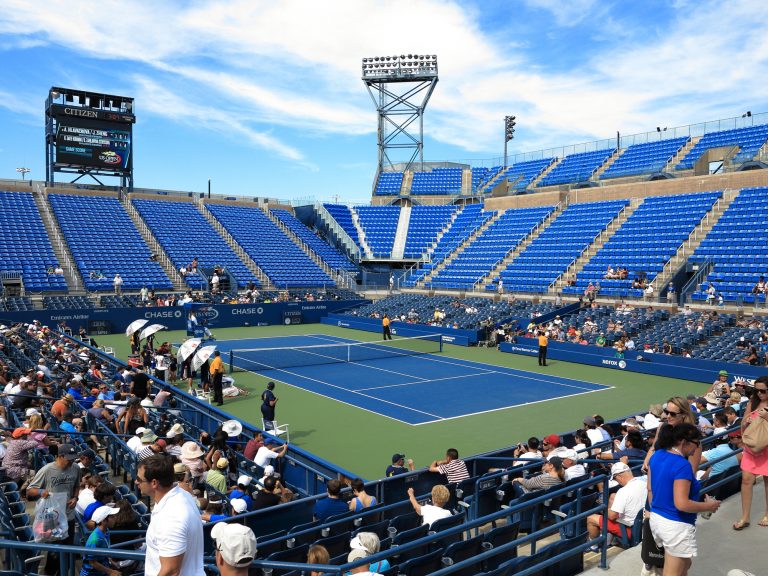 It is happening! The US Open 2020 makes the headlines after months of anticipation of whether the tournament will happen this year. It is time to take an inside look at the winners and losers forecasts, celebrities no-shows, and the matches running amid the empty tribunes.

Inside look at the US Open

The current global pandemic led to tremendous changes in the way the US Open runs this year. The most significant novelty of 2020 was undoubtedly a gameplay amid the empty tribunes, following the authorities’ restrictions due to the virus threat. Participants admit that it was tough for them to adjust to the new regulations and lead the games with no fans.

In her pre-game interview, Serena Williams confessed that it would be weird and challenging to deal with changes, but she mentally prepared for this. Williams was among the first stars who confirmed her participation in the tourney. The young mom arrived in New York earlier these days after her surprising loss at the W&S Open in Ohio last week.

Alexander Zverev also heads to NYC as the tennis pro confirmed his presence after the W&S Open defeat to Andy Murray in the intense confrontation. This year, Zverev will not feel the support of his loving family. The star explained that his parents and brother decided to skip the event due to the virus threat, so he was joined only by his coach.

Zverev commented on the no-crowd competition this year:

“We got used to a big crowd. I miss fans a lot, but I understand that it’s about safety concerns.”

The Japanese champ Naomi Osaka does not share her colleagues’ positive approach. Osaka confessed she suffered from an emotional breakdown ahead of the US Open. Naomi had her reasons to be in stress. Last week, the star got an injury during the W&S Open competition, which led to her withdrawal.

Now, Osaka is doing her best to get back to the previous shape. She said in her pre-game speech: “I don’t know how it goes. I am still recovering, but it’s hard to predict anything due to this entire stress.”

Unlike Osaka, Andy Murray is in high spirits ahead of the tourney. The tennis star showed a brilliant performance at the W&S Open despite his two previous hip surgeries. Murray smashed Zverev on the field last week, and fans counted days for the long-awaited rematch.

Murray shared his vision of the current US Open:

“Matches are more stressful this year, though I still enjoy the process. I’m glad that my body is back to shape. It’s good to feel confident at the court again.”

The 1988 champ Mats Wilander also has a positive approach to the completely new game run. He said: “It will be fun with no crowds. I think we can handle it.”

This year, we will witness many celebrities’ no-shows. For instance, Rafael Nadal made fans cry when the star announced that he was skipping the tourney due to the pandemic threat. The champ explained that he and his family gave up on traveling for a while. Roger Federer will also be missing this time, as well as charming Bianca Andreescu.

The US Open 2020 strikingly differs from all the previous years. Still, any regulations and novelties won’t ruin fans’ expectations about the grand tournament.